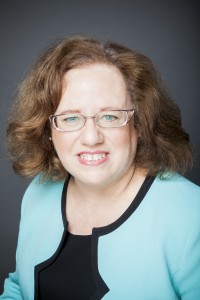 Sarah Bateman believes that every voice should be heard.  As a young adult she was uncomfortable expressing her opinions and ideas.  As she lived her life she concentrated on taking small steps to reach out to others. Each step was a triumph of courage.  She joined Toastmasters in her late 20’s and began to explore. Her first speech was a moment of silence. She kept trying and learning.

She earned her Distinguished Toastmaster (DTM), the highest designation in Toastmasters. She realized that the stronger her voice became the more visible she became. She developed various trainings for club officers. As her confidence grew she found her passion of mentoring others.

She became certified as a World Class Speech Coach through Craig Valentine and graduated from the Minnesota Chapter National Speakers Association Apprentice Program. One of Sarah’s greatest pleasures is to watch someone bloom as they find their voice.